Theatre on Demand: The Silver Prince 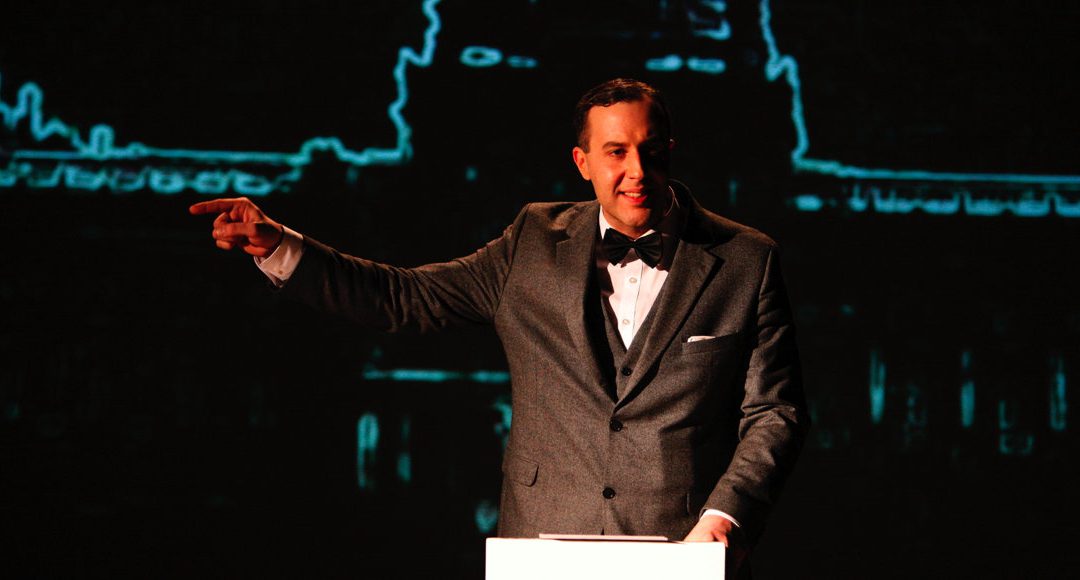 The research 2014/15 on the Bauhaus for our production “TRIAS – Das triadische Ballett“ led to an intensive study of the founder and long-time director of the Bauhaus: the architect Walter Gropius.

From 1919-1928, Walter Gropius, the founder of the Bauhaus, was also the director. Those nine years form the framework for this new THEATER DER KLÄNGE production. Nine years that are marked by political quarrels over the founding of the Bauhaus, by the struggle to implement the innovative ideas and develop a curriculum, i.e. to fill them with life. Privately, these years were also marked by the end of his first marriage and the beginning of his second. Walter Gropius was already called “the Silver Prince” at the Bauhaus because of the early greying of his hair, but also because of the noblesse of his appearance.

“The Silver Prince – Nine views of Walter Gropius and the bauhaus“ is a theatre play conceived for the media. It reflects the nine years in which Walter Gropius was committed to the Bauhaus in Weimar and Dessau. The person of Gropius is portrayed in different periods of time by the people who accompanied him particularly intensively during this time, i.e. from different perspectives and thus very differently. The contemporaries embodied by the ensemble, who each portray Gropius as a changing narrator, are all historical figures: Max Thedy, Hans Groß, Johannes Itten, Oskar Schlemmer, Laszlo Moholy-Nagy, Alma Mahler, Ise Gropius, Fritz Hesse and Hannes Mayer – opponents, loyal employees, wives, politicians and institutional successors.

Social and/or artistic vision, political struggle and intrigues, love, burning and burn-out, avant-garde versus quickly becoming yesterday again – many themes are reflected in these views on Walter Gropius as a person.

In a total of 30 scenes, six actors slip into flying changes open on stage, in a total of ten main roles as well as numerous supporting roles. The video scenography was created especially for the play. It structures the mosaic, indicates spaces and time periods and provides further background information.

“The Silver Prince” is the first theatre material on this exciting topic of German history. It also deals with the question of the significance of modernity for our time.

We are showing a complete recording of the premiere series in Düsseldorf in January 2018. The video is online from Thu, 22 October from 7 pm to Sunday, 25 October until 10 pm