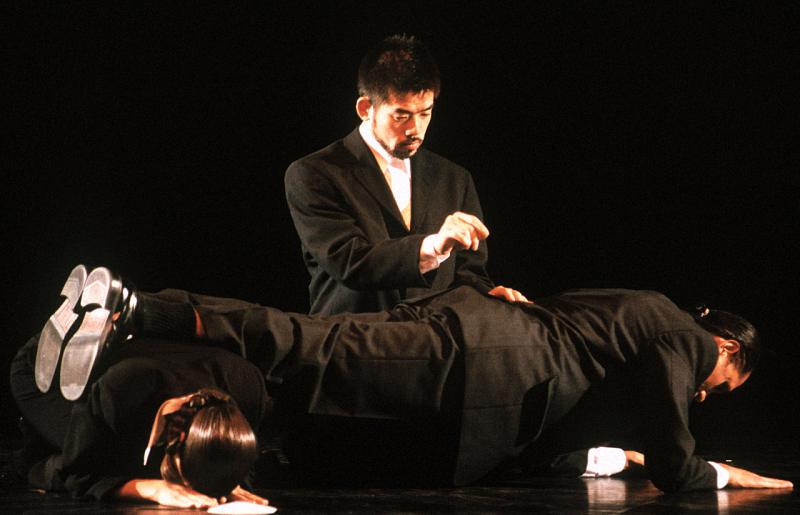 “Modul|a|t|o|r – Le Corbusier” was the title for our creation in the year 2002.
The “Modulor” is a measuring tool which is based on the fusion of the human form with mathematics. The human figure with a raised arm creates, at the main junctures of spatial displacement, these being the foot, solar plexus, head and the fingertips of the raised arm, three intervals, which result in a series of golden sections. These are named after Fibonacci. In addition, the science of mathematics offers both the simplest as well the most distinctive possibilities of variation within any given value: the unity, the duality, both the golden sections.

After the performance series we filmed four theatrical sequences from “Modul|a|t|o|r” as short films. The interactively, intermedia Dance-Soli were a starting point for the following further development in the research project “PCI-Performer computer interaction” which was follwoed in 2005 by the piece “HOEReographien“.