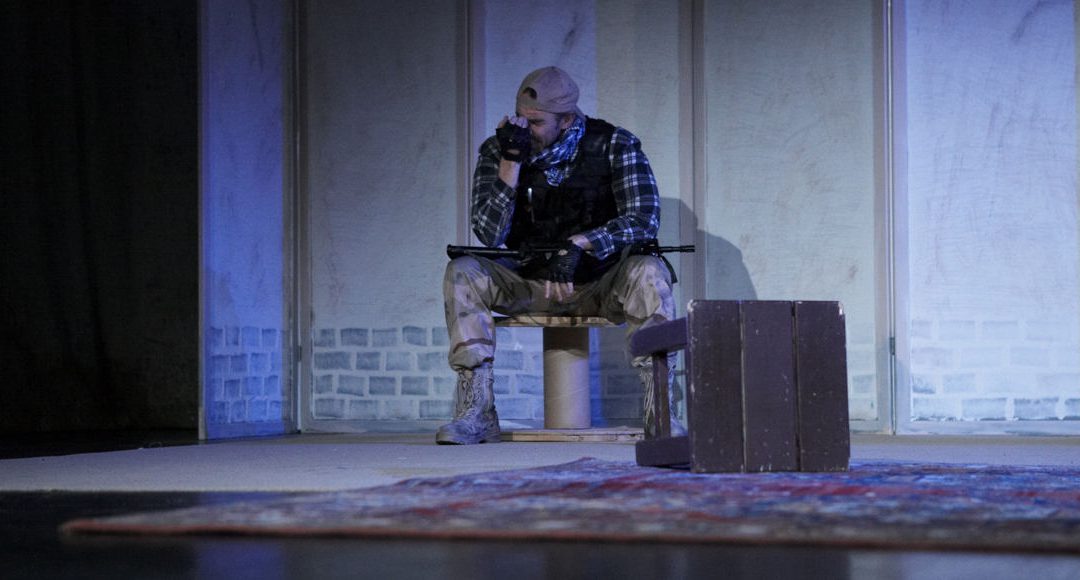 “Johnny’s Jihad – an american Taliban“ is based on a true story.

At the end of 2001, twenty-year-old John Walker Lindh, an American from San Francisco, was arrested by his fellow countrymen in Afghanistan for fighting on the side of the Taliban. Why did this son of liberal parents convert to Islam and join the worst fundamentalists as a holy warrior? “I was trapped in the free world,” Pommerening has him reply. “Freedom is nothing / It means nothing to me.”

In 1999, John Walker Lindh, a young American, lost his faith in Western values and found a new ideology in Islam. John searched for adventure and the true meaning of the Koran in Yemen and Pakistan until entering an Afghan Taliban training camp, where he soon became a convert to the cause.

Captured in 2001, shortly after fighting broke out between the Afghan Northern Alliance and the Taliban, he survived the bloody prison uprising of Mazar i Sharif only to be captured by a fellow American. Special Forces agent Dave Tyson was stunned to find his enemy was an “American Taliban” and agonized over whether to respect Human Rights or apply the “logic of war” as dictated by General Dostum of the allied Northern Alliance…

This gripping, intimate play is a political thriller with Shakespeare-like qualities in which language is supported by Indian percussion music. It deals with basic issues, such as “Western values” versus torture, and Muslim fanaticism versus power games.

The text of Marc von Pommerening offered the ideal basis for a musicalization of text on the base of a rhythm composition, which J.U.Lensing compiled together with three actors and the Indian musician Debasish Bhattacharjee (assistant: Conny Rave).

Online from Thursday, 23rd of July from 7pm to Sunday, 26th of July till 10pm

Instead of tickets we still ask for donations!