Back On Stage From September On 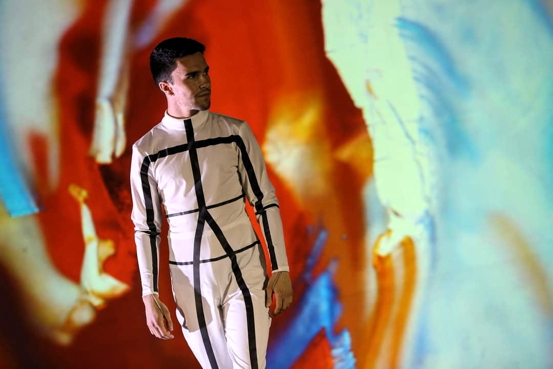 Shortly before the recent postponement of our premiere of our new creation “Man and Artificial Figure in the Globe Theatre“ in April, we were still hoping for performance opportunities in June. Even though now – especially the big ships – are quickly putting on their first performances after the rapid fall of COVIS-Incidencies, our partners are less flexible and we had to postpone our premiere until September. Now we hope that the unreasonableness of the “irrepressibly liberated” will not bring us a fourth big wave after the summer holidays, which we cultural workers will then have again to pay for first…

As we all know, hope dies last and so we are now assuming a premiere of our planetarium play on Thursday, 2 September at 8 pm in the Planetarium Bochum. Follow-up performances are planned for Friday, 3 September and Saturday, 4 September – also at 8 pm and on Sunday, 5 September at 7 pm. We have made an agreement with the Verkehrsverbund Rhein-Ruhr that our tickets will include a VRR-public-transport-ticket for the entire area on the day booked!

We will provide more detailed information about our newest creation in an upcoming newsletter!

Unfortunately, the only thing left for the summer is our extended online exhibition of the “Lacquer Ballet“, which we hope will finally be performed again on 11 September in Carcassonne (F).

We are currently strengthening our ensemble to eight performers (dance, music, drama) in order to tackle a new creation from mid-September, which is to be premiered at the end of this year or at the beginning of 2022.

We remain with best wishes for a restful and infection-free summer and look forward to an autumn in which we hope to see and hear our audience live again!